Rodent Hunting: How to Get Rid of Rats/Mice Fast 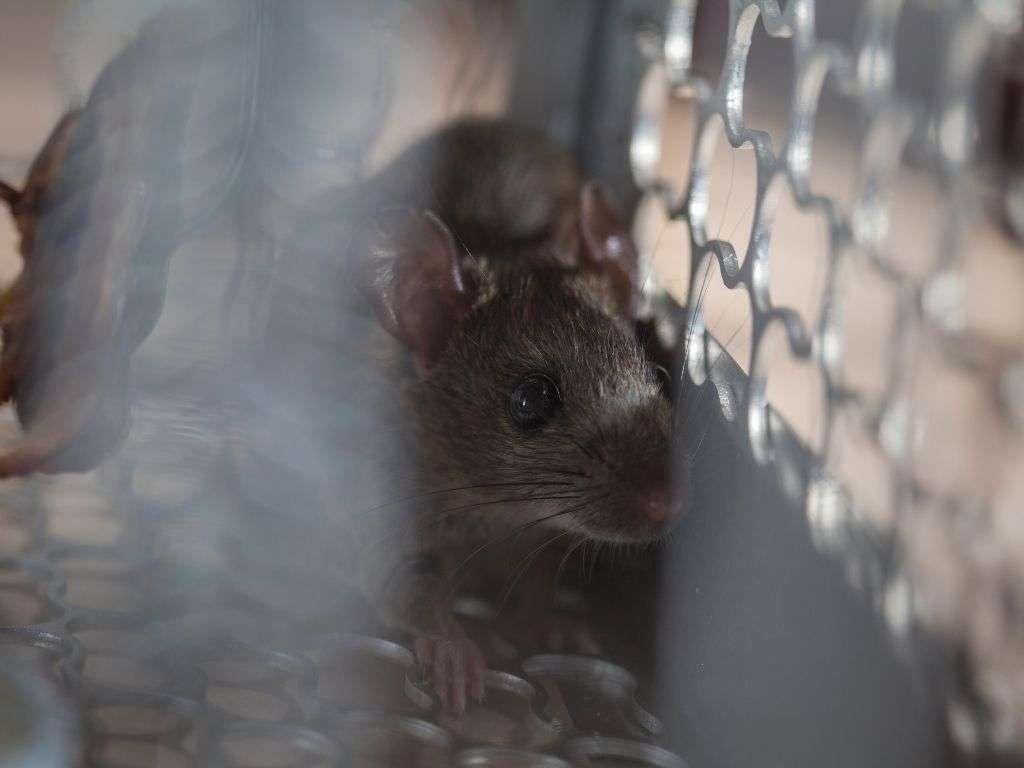 What Food is Irresistible to Rats?

Rats like a variety of foods. But they are especially drawn to food that is high in sugar or fat. This includes things like candy, cake, or even pet food. When you want to get rid of rats, it is important to make sure that all of your stored food is in airtight containers. Having any food that is left out in the open, put it away and store it in a rat-proof container.

Some of the most popular food for rats are cheese, peanut butter, and bacon. They also love cereal or meats, dried fruit goodies such as raisins, and berries that you might find in your breakfast cereal. Slugs or snail shells also make awesome snacks! They taste sweet but have enough saltiness to keep them interesting without becoming overwhelming at first bite.

Rats desire food by smell. But they are also fond of the pheromones that other rats leave behind. This is why it is so important to get rid of all traces of rats before you try to discard them for good. When there is even a small amount of rat urine or feces left behind, it will lure more rats to the area. As you can make rats’ scents disappear, you can let them go away a lot easier.

The delicate nose of the rat allows it to detect even small changes in air pressure. When you are cooking food and leave your kitchen for only a moment or two without covering up any pots on stovetop burners, there is an excellent chance those delicious smells will motivate one rat.

What is the Most Irresistible Bait for Rats?

The most irresistible bait for rats is anything high in sugar or fat. Here is a list of some remarkable ideas for how to catch those annoying rats! You can use anything from meat, cat or dog food, and peanut butter. There are even chocolate bars that will stick onto your trap. It tastes good in case you are wondering.

Other popular items include fruit pieces which make fantastic snacks. Gumdrops also appear on almost every list due to their sticky-sweet flavor profile. A lot of experts say that rats cannot resist a good piece of cheese.

There is no single food that will kill rats instantly. But there are a few foods that can become fatal to them when eaten in large quantities. These include chocolate, avocados, and peanuts. When you want to kill a rat, it is best to trap it and then drown or hit it on the head with a heavy object.

Add some sugar or chocolate to their favorite food – flour! The sweet taste will attract them and once they eat enough, it is too late for any hope. But do not worry because baking soda will kill all those nasty little creatures after one sip and wash down with some cold water.

There is no definitive answer to this question. But some ways to kill rats instantly include drowning them, hitting them on the head with a heavy object, or using poison.

When using poison to kill rats, it is important to practice caution. Rat poison can become dangerous to you and your pets when not used properly. Follow the instructions on the package and keep the poison out of reach of children and animals.

What Smells do Rats Dislike?

There are a few smells that rats dislike. These include peppermint, spearmint, and citronella. You can use these essential oils to make a rat-repellent spray. Add a few drops of the oil to water and spray it around areas where you see rats or where you think they might enter your home.

The smell of peppermint, clove, and lemon citrus can repel or lure rats. For a more thorough pest-repelling solution, use oils from these plants along with eucalyptus to keep those annoying little critters at bay!

Can Rats Learn to Avoid Traps?

Rats are very smart creatures and can learn to avoid traps. When you find that your trap is not working, try changing the bait or moving the location. You may also need to set multiple traps when you have a large infestation.

If you have tried everything and still cannot get rid of rats, it may become time to call Biotech Termite and Pest Control. A pest control company can get rid of your rat problem quickly and efficiently. They will also advise you on how to prevent rats from returning in the future.

Why are Rats not Going for Traps?

There are a few reasons why rats may not go for traps. The most common reason is no attraction to the bait. Try using a different type such as cheese or chocolate. You may also need to set multiple traps when you have a large infestation.

The “Alpha” rat of the colony will not go near a trap with conditioning to avoid it. This is pre-baiting, where rats take the bait before setting their snare in an effort. It is either to capture more prey or escape from one that caught them already.

Reasons Why Mice Trap is Not Working

1. The type of bait used

2. The position of the trap

3. The number of traps set

4. The size of the infestation

5. Whether or not other methods are also in use to get rid of the mice

6. When the traps have regular checking and removal of the mice from the area.

Rats avoid traps with baiting. Try another bait when there is no food in the trap.

Rats are neophobic and afraid of new things. After a trap catches a rat, it will start avoiding it. When there are no other traps around, rats will get used to the smell of the bait and go to it again. Try changing the bait or the position of the trap so that it is not in the same spot all the time.

No, baking soda does not attract mice. It will kill them instantly after drinking it. Rats will avoid anything that tastes bitter. Adding a little baking soda to their food will make it inedible. When mixed with water, baking soda creates lye which is very poisonous to rats.

The use of baking soda to eliminate mice is a natural way. But it can become harmful for the mouse. The gas pressure inside them will build until they cannot relieve this anymore. They eventually die from lack-of-release valveting or choking on their saliva.

What Are Rats Scared Of?

Rats are scared of a lot of things. They are afraid of new things, loud noises, and staying in the open. You can use these fears to your advantage when trying to get rid of them. Make loud noises near the traps or put them in an open area where they will appear.

Rats are also afraid of cats and dogs. When you have either of these pets, put them in the room with the traps. The smell of a predator will make the rats avoid the area.

How Do you Catch a Big Rat?

You can use a rat trap to catch a big one. But you need to practice caution when handling it. The best way to catch a big rat is by using a live trap. It is a cage that has a trigger in it. When the rat steps on the trigger, the door will close, and they will stay inside. You can release the rat elsewhere.

Do Mice Learn to Avoid Traps?

Mice learn to avoid traps very quickly because they are smart. When a previous mouse stays in your trap, it might become smarter for them not to go near the area. This bad smell will make you catch another one instead!

Mice can sense danger with their keen sense of smell. They use this ability as a survival tool, especially when it comes time for traps!

What are The Best Traps for Mice?

There is no one best trap for mice. It depends on the bait you are using, the size of the infestation, and where you are placing the traps. Some traps work better in open areas, while others are more suitable in confined spaces.

The best way to get rid of rats or mice fast is by using a combination of traps and bait. Try varied types of bait until you find one that the rats or mice go to. Make sure to set multiple traps in diverse areas to catch as many rodents as possible. Check your traps regularly to remove any caught mice.

Dead mice can attract more mice without quick removal. The smell of a dead mouse will encourage other mice to the trap. They will investigate the source of the smell and stay in the trap as well.

What Do You Do with a Rat Caught in a Live Trap?

You can release the rat elsewhere. Do not release it near your home or property because they might come back.

There are plenty of options for getting rid of rats – no matter how big your problem may seem. You do not have to put up with them forever!

PrevPreviousRodent Proofing Your NY Home
NextWhat Are The Enemies and Predators of Rats?Next