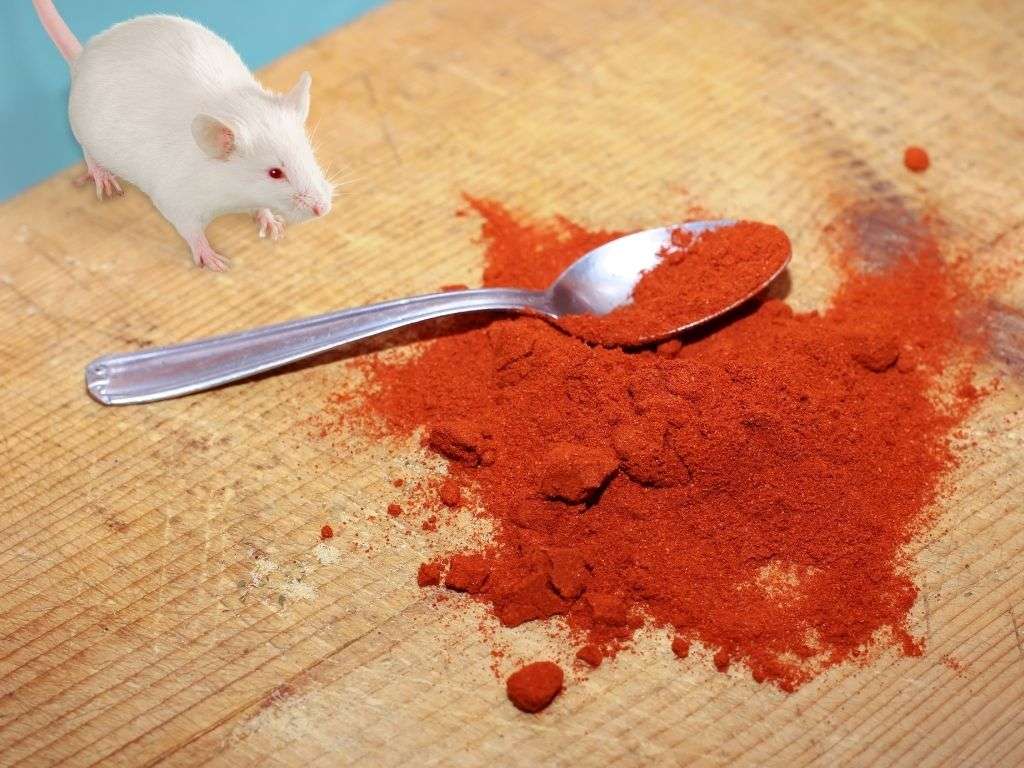 The active ingredient in cayenne peppers is capsaicin. Know that it can cause burning sensations in mammals. Think that the burning sensation from capsaicin may make it difficult for mice and other pests to eat the peppers. It dissuades them from approaching.

Keeping The Mice Away

Mice are not the only pests that cayenne pepper can deter. It is also effective against ants, spiders, and cockroaches. Sprinkle cayenne pepper around the entrances of your home to keep these pests at bay.

You can also add cayenne pepper to your garden to keep away unwanted animals. Mix it with water in a spray bottle and put it around your plants. The pepper will deter rabbits, deer, and other animals from eating them.

When using cayenne pepper to deter mice, it is important to understand that the active ingredient, capsaicin, can cause burning sensations in mammals. This may make it difficult for mice and other pests to eat the peppers. It dissuades them from approaching.

How Long does Cayenne Pepper keep Mice Away?

If you want to get rid of mice, then cayenne pepper is an effective method. But there are other factors involved in this process that need careful consideration. That is before using it as well-knowing where and how will make all the difference!

You can combine cayenne with substances like sugar or salt. It makes them stronger than only one on its own. But also safer for you since they are not spicy enough without adding anything else into their mix (like oregano).

Rat poison might work for long-term solutions. But cayenne pepper is a safer option, especially when there are kids and pets around.

Cayenne pepper is a fabulous way to keep curious mice away. Sprinkle it around the mouse infestation areas, like in cars or glove boxes. But when you cannot get there, use an effective spray formula instead.

When using cayenne pepper as a deterrent around pets and children, it is important to understand that the active ingredient, capsaicin, can cause skin irritation when it comes into contact with their skin. Try using gloves when applying cayenne pepper to your garden or home.

Black pepper is an effective poison for rats. But they are smart and test new food sources to see if it makes them sick or safe. The toxic effects of the spice are not strong and a few bites will kill off any rats who come into contact with this dangerous substance. Cayenne pepper will work to repel rats. But mix it with another substance for it to become toxic.

Rats are always on the lookout for new and interesting things to try! That is why they are enthusiastic eaters. This also means that commercial rat poison needs to become toxic to the right degree. It not only kills these curious creatures but also leaves them dead.

How Do You Make Cayenne Pepper Spray for Mice?

You can make a spray to deter mice by mixing cayenne pepper with water in a bottle. Wear gloves when you are combining and spraying the mixture. It can cause skin irritation as it comes into contact with your skin.

Instead of only sprinkling cayenne pepper around the house, you can also make it into a spray for easy removal. Add the flakes and liquid soap to a cup or small jar. Add the right volume of water so that there are no clumps leftovers from when you originally ground up your bagel stuffings (about three to five drops). Put these ingredients in the fridge overnight before using them.

Cayenne pepper will keep mice away. But it will not necessarily kill them. When the smell of spicy food is unfamiliar or too strong for your pet to handle, they may annoy themselves with some painful irritation before living comfortably again!

For a simple solution, hire a rodent pest control specialist with Biotech too take care of all your needs today.