Hire an Exterminator to Get Rid of Roaches in Huntington, NY 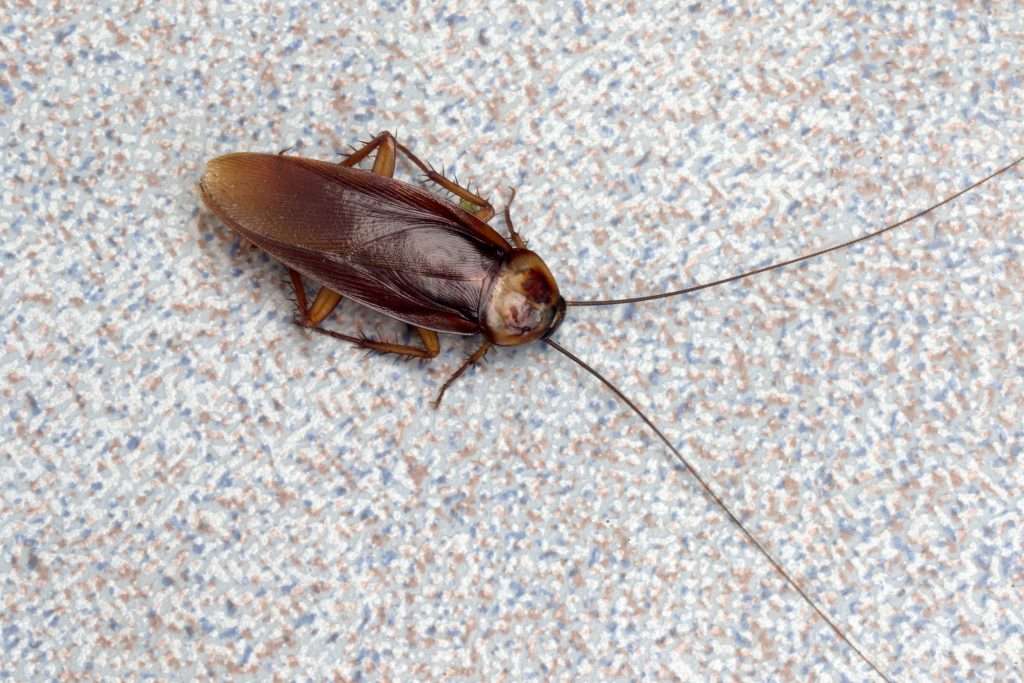 Pests like roaches don’t care what kind of house you live in, they’re not interested in whether you’re a Huntington, NY, renter or homeowner, and they aren’t concerned with your disdain toward them. The problem with roaches is that they don’t just lay down and die because you’ve used a little bug spray. These bugs are tough, and it takes skilled pest control professionals to get a roach problem under control. That’s why you should hire an exterminator to get rid of roaches.

Why Are Roaches Problematic?

Though some roach species live for approximately six months, it’s mind-boggling how quickly they reproduce and how much they can expand their family if given in a chance over the course of a year. More than 2 million roaches can be spawned from just one pair of roaches, so it’s no wonder that multiple pairs of roaches can cause so much problems. That’s millions and millions of roaches reaching adulthood and carrying on their species. Roaches aren’t picky either, so they’ll make their homes anywhere. Supermarkets and food processing plants, your home, or apartment—every property is up for grabs in the world of roaches.

Related: What Does a Commercial Pest Control Service Include in Brooklyn, NY?

At Biotech Termite & Pest Control, we’re well-versed in the pest world, including roaches. Roach species are in the thousands, but the one we see the most of in Huntington, NY, is the German cockroach. This species is known for being fans of humidity—they like the temperature to be anywhere around 80 degrees. In the best conditions, females of the species produce more eggs than any other of other 4,000 cockroach species! They’re not hard to spot as they dart across floors, surfaces, walls, and ceilings trying desperately to avoid light—which they detest. They are medium to light-brown in color, and adults can grow to about 5/8 of an inch long.

When you see one it’s likely there are more of these pests lurking around. This is a scary thought as they spend much of their breeding time indoors. You could already have females with their egg capsules in tow. Unfortunately, each of these can carry up to 40 eggs, and the incubation period is just under a month. When you call in professional exterminators like us to deal with the issue, we’ll get at the source of the roach problem. We’re also able to use the best pest control methods available for your individual roach problem using techniques that are both environmental and people safe.

Related: Top 4 Reasons Why You Need to Sign Up for Pest Control Services in Huntington, NY

You may have a roach problem and not even be aware, as they’re good at finding hiding places. You won’t only find them squirrelled away in boxes or containers, or behind cabinets and large appliances. Roaches are limber enough to hide in cracks, crevices, under your kitchen appliances, behind baseboards, in closets, and basically anywhere they can go relatively undetected are prime spots for them.

Biotech Termite & Pest Control exterminators are licensed and trained, so you get guaranteed results. Additionally, don’t worry about exorbitant fees for your inspection. Our inspections are free so you’ll know the extent of the problem you have and we’ll give you expert advice without you having to worry about that initial cost. You won’t have to wait around for a resolution either, as long as you’ve given us the go-ahead, we’ll get started on ridding your residence of unwanted roaches.